There’s just 12 days of shopping left ’til Christmas. There’ll be days for crisp, thirst-quenching beer to refresh. Other days require a beer that’ll take-on the chilly nip, a beer that’ll warm from the inside-out. It’s time to create your very own Beer Adventure Calendar… 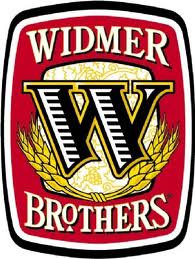 To kickoff the Twelve Days of Christmas, we’ll start with the Timbrrr … Brrrbon … Widmer … Brrr! Tasting Event at 99 Bottles. $3+ID gets you 4 pours from 4 ’til 6:30 p.m. The first 48 get a glass. …plus there’s cheese, while it lasts. Grab a bottle (or growler) of your favorite to have at home. 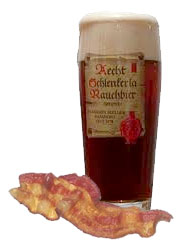 Beer with breakfast?! Why not? Choose a smoke beer and pair it with anything drizzled with maple… maple bars, waffles, pancakes,… these beers can have smoky flavors as intense as bacon, and, thus, are referred to as “bacon beer” even when no bacon is excluded. Check out the beers of Aecht Schlenkerla, locally brewed Buccanneer Bacon, Emelisse Rauchbier, or the Smoked Porters from Alaskan or Stone.

Fresh! Local! Fun! Washington’s beer scene is exploding, now with some 150 breweries. Visit your favorite local brewery and bring home a fresh growler, or pop by 99 Bottles to get a fresh fill. Bring in a clean, dry growler — or buy a jug and add a fill!

We’ll see what beers 99 Bottles serves up today. The Sip! Sip! Weekly Pick is from 4:00 ’til 7:45 p.m. and is just $1+ID. The two chosen beers will be posted around 1 o’clock on facebook. Buy a bottle of your favorite — or something new.

Pour me a mug of liquid bread! It’s national Date Nut Bread Day, so celebrate in style and drink like a monk. Pour a pokal of Doppelbock, such as Celebrator, Optimator, Salvator, Maximator, or Korbinian. Or go for more with an Eisbock style. 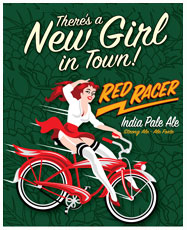 It’s Festivus! Celebrate with feats of strength: Lift a big bottle, pour it in a big glass, and begin those lifts from table-to-mouth. Go for a big and bold IPA. Check out Green Flash, Lagunitas (pronounced Lah-Goo-Knee-Tuss), Moylan’s, Ninkasi, or other bold West-coast styles. Or choose #17 from the top American IPA list on BeerAdvocate: Red Racer IPA from Central City Brewing.

A special day is deserving of a special ale…and special ales are meant to be shared. Pop the cork or pop the top off a Belgian Trappist Ale, such as Chimay, La Trappe, Orval, Trappistes Rochefort, or Westmalle.