“If you have a few minutes, I’d like to interview you. I’ll find you later.” These were the first words I heard from Mr. Blount, a late-twenties-to-early-thirties fellow with the-boy-next-door-good-looks as I walked into the meet-n-greet at the 2010 Beer Bloggers Conference in Boulder, Colo. My response, “Sure.” Then I edged up to the bar, ordered myself an Odell’s Cutthroat Porter and extended a hug to my friend, Ashley Routson (aka The Beer Wench).

Throughout the conference, I learned a bit more about Hagan. Here it is:

He’s been writing a blog called The Wandering Foodie and is starting a new venture and blog, itasteyourbeer.com. He’s passionate about craft beer and is dedicated to making his new venture a success — he was continually interviewing beer personalities at the conference. And his food blog is both hilarious and educational; not only does he review the finer places, but you’ll see reviews of everyday American foods such as Burger King Ribs and Moon Pies. (I also later learned that he is the person behind the popular Like stickers.)

As The Wandering Foodie, he gives this self introduction:

Really, I’m just a guy with a discerning palate and a penchant for adventure (whose mom told him he could write and people would read it). I’ve been dreaming up and writing about adventures since age four. After a buddhist retreat in 2009, I finally came to the understanding that my calling is to keep telling my story to the world and pray to God (or whoever Buddhists pray to) that I make enough money to keep telling it.

This is something I can relate to. I’ve been writing little newsletters since I was in gradeschool, in effort to share my interests with others. I’ve also been on a spiritual journey through much of my teens and twenties. One thing I enjoy most is writing. I’ve also been active in the Web world since 1999, working with leading corporations to improve their search engine results and site personality|usability. 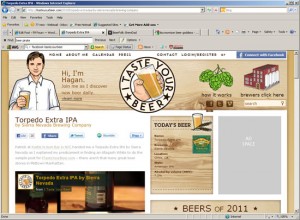 Why I think Hagan is a BeerFolk to watch:
With itasteyourbeer.com, Hagan is doing something innovative in the beer industry. He’s reaching out to breweries and beer importers in a way that other beer bloggers aren’t. Hagan’s using his background in Web, social media, audio-visual and food review to focus on telling a beer’s story. And he’s doing it in a way to help boost the beer’s search engine placement.

I have to say, I am drawn to people who share this vision: Every beer has a story. And Hagan clearly believes this. (Another person who advocates this is The Beer Goddess, Lisa Morrison; you may know her from Beer o’Clock radio. I’ll introduce you to her in a future BeerFolk.)

For itasteyourbeer, Hagan produces a short video about a featured beer that includes video on pouring the beer, suggested food pairings (hopefully recipe links will be included in future reviews), and a quick overview of the beer. He also includes brief explanations of beer terms, referencing trusted beer sites on the Web. The paying sponsor (typically the brewery or importer) can then use the video and photos on their own site or refer people to his site. Though it’s not yet fully launched, I believe this will be a site to watch in 2011. Check out his first post on Sierra Nevada’s Torpedo Extra IPA.

And if you haven’t seen it yet, check out the “My Beer Theory” video from itasteyourbeer.com:

My Beer Theory from I Taste Your Beer on Vimeo. 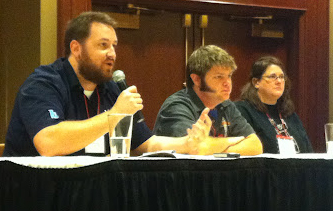 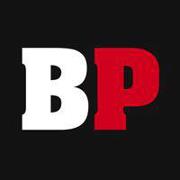