Emails supporting SSB 5731 must go out: In support of Washington Specialty Beer/Wine Stores 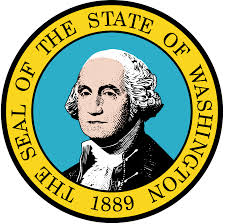 This Tuesday is the deadline for bills to get through the Senate, so we must act fast. Please send the two emails below by Sunday, FEBRUARY 16th (Monday at the latest).

Once a bill passes out of the Rules Committee, it goes to the Floor Leader (Senator Joe Fain) who will decide which bills the Senate will vote on. It’s crucial that we contact Senator Fain to get our bill scheduled.

Get as many people as you can to email — friends, family, customers, employees, etc.

To: joe.fain@leg.wa.gov
Subject: Please put SSB 5731 on the calendar
Text: Dear, Senator Fain. Thank you for co-sponsoring SSB 5731. I shop at small beer/wine specialty shops, and fully support this bill. I would be grateful for your continued support by placing 5731 on the calendar. [YOUR PERSONAL MESSAGE]. Sincerely, [YOUR NAME, BUSINESS NAME, ADDRESS, PHONE]

Email to send to the Senate — ASAP

Background: A beer and/or wine specialty shop license permits a vendor to sell beer and wine at retail in original containers for consumption off premises. The annual license fee is $100 per store. Specialty shop licensees may conduct sampling, and if they meet certain conditions can sell beer to a purchaser who brings their own container.

With the passage of I-1183 in November 2011, the sale of liquor has become privatized. Retailers with 10,000 square feet of retail space, former liquor stores, or contract liquor stores can obtain a spirits retail license. Retail businesses having less than 10,000 square feet of retail space can obtain a spirits retail license from the Liquor Control Board (LCB) if they are otherwise qualified, if there is not a licensed spirits retailer within the trade area, if the applicant meets operational requirements established by LCB, and if the license applicant has no more than one public safety violation within the preceding three years.

Article II, section 41 of the Washington State Constitution provides that an initiative passed by the people may not be amended within the first two years following enactment, except by a two-thirds vote of both the House of Representatives and the Senate.

Summary of Bill (Recommended Substitute): Specialty shop licensees that received their license before January 1, 2013, are under 10,000 square feet, exceed 50 percent liquor sales, and carry a minimum of $5,000 in beer or wine inventory can get an endorsement to sell spirits from a craft distiller or a distillery that produces 60,000 gallons or less of spirits per year. A specialty shop licensee with a craft spirits endorsement will pay a license issuance fee of 17 percent of all spirit sales revenue excluding taxes. The specialty shop licensee must provide training for servers. Server training is presumed to be sufficient if it incorporates a responsible vendor program adopted by LCB. Maximum penalties for public safety violations are doubled for sale of spirits by beer and/or wine specialty shop licensees who hold a craft spirits endorsement. This act is effective December 9, 2013.

4 thoughts on “Emails supporting SSB 5731 must go out: In support of Washington Specialty Beer/Wine Stores”