OMG! That rare beer is finally arriving!
What to do, what to do? 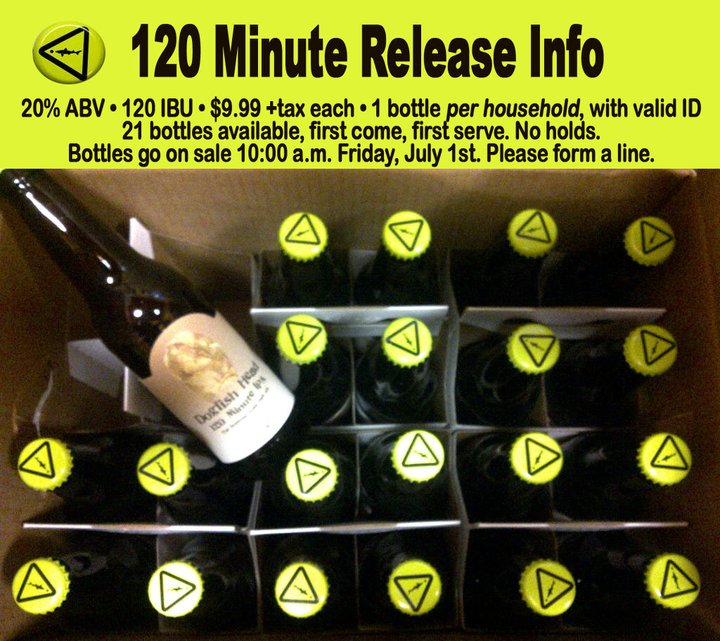 It’s 1:30 a.m. Why can’t I sleep? I’ve grown tired of tossing and attempting to lull my brain into peace. Instead I find myself at the computer, Googling:

I receive no guru advice on how to act as a strong representative for my customers and be the best possible business owner. So I begin browsing government Consumer Protection sites on Fair Business Practices. Of course, nothing here applies. I have no formal instruction on how to handle limited releases fairly with our customers.

When we receive multiple cases of a rare or limited beer, decisions weigh lightly on my mind. But in times like this, when there is only one case — just 24 bottles — allocated to a store serving hundreds (if not into the thousands) of a brewery’s fans, the following thoughts weigh heavy on my mind: “How can a store distribute a rare beer fairly?” “How can I make sure the rare beer reaches as many of the brewery’s fans as possible?” And “How can I get the beer to as many loyal customers as possible?”

I ask our sales rep if there’s any way we can get another case…or two… of the limited beer. Before he answers my thoughts drift to: “Even with two or three cases, and limiting one bottle per household, we would still not meet customer demand.”

His response is a reaffirmation of: “ONE CASE ONLY,” with a mention that the brewery only sent 20 cases of the rare beer to our state, and that every business getting the beer will receive only one case.

When attempting to run a customer-respected beer store, I have come to realize: “When it comes to receiving rare beers, one case is better than none.” So I accept his response and will be happy with our single case.

Spreading the love — one bottle at a time.

After much discussion, C and I came to the conclusion that this beer will be a one per household limit, rather than per person. This means making sure the 24 bottles go to 24 unique homes.

On our facebook page is a post from a customer who sometimes travels the 23 miles from Seattle; he just picked up two bottles of this rare beer at a specialty grocery chain in the City. All I can think is: “It must be nice to get enough beer for your customers to allow multiple bottles.” C responds: “Glad he got some. Not happy that he indicates there will be ‘fighting’ over that beer at our store.” Yes, I agree. We have never had ‘fighting’ over anything; to date, our customers have been orderly and respectful.

For announcing this rare beer, I will follow the normal announcement chain: (1) club email, (2) facebook post, (3) tweet. Now we ponder, do we announce when it arrives at the store so only those customers in near proximity have a chance to attain it, or do we release the beer on a specific date and time, so that those who arrive first, waiting patiently for their bottle, are the recipients? After weighing the pros and cons, we decide on the latter; it appears the fairest option.

Is it possible to give everyone who wants a bottle receive an equal and fair chance to receive one? No. Individual circumstances come into play. Customers work different hours. Customers live varying distances from your business. Customers take vacations.

I think of those who arrive hours in advance, waiting for that new book release. Of those waiting outside superstores, to be the first to buy the hot new game or gadget. I wonder: “Will these practices soon apply at beer retailers? If a beer connoisseur really wants that limited release, how long will they camp out and wait for that one bottle? And “If this happens at a beer store, will the distributor and brewery take notice and allocate that business more rare beer in the future?

So we have much of this resolved, but now I am wondering: “Can we ethically reserve one bottle for us three co-workers?” Yes — one bottle for three people — that is spreading the beer love. However, it also means just 23 customers receiving bottles. And it leads me to the final thoughts of: “Despite how fair you try to make it, things aren’t always fair. You must simply do your best to watch out for as many customers as possible, and to spread the beer love as widely as possible.”

Rest easy, my fellow beer drinkers, take comfort in the thought of your local beer store shopkeeper sitting up late thinking of how to get rare beers for you.

Afternoon Update: Well, apparently the boys don’t overthink everything like I do. They say this is much simpler: One bottle for D who has put in so much hard work with us at the store for nearly a year now — this I cannot deny; he’s been a wonderful co-worker and employee and is certainly deserving! Plus, one bottle for C and me to share, and one bottle for the store’s cellar for future comparisons. 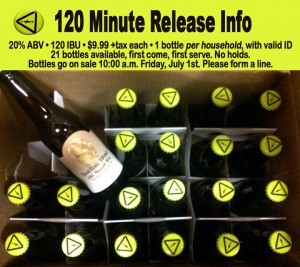 This means 21 bottles remain to sell. But at least we’re doing our best to share the beer love — and giving everyone as equal of an opportunity to get there at opening time to get a bottle, rather than limiting them to whoever is in the area at the time of posting. Nothing is ever perfect, despite me wanting it to be.

However, after seeing facebook comments from a customer who has now purchased 11 bottles for himself from one other South Puget Sound retailer who received a case, at least we will be able to spread this beer to 21 households. And if you’re reading this and didn’t get in on time, be sure to track down the guy who has 11 bottles — he’s got plenty!
😉

One thought on “OMG! That rare beer is finally arriving!
What to do, what to do?”