The rise and fall of niceties 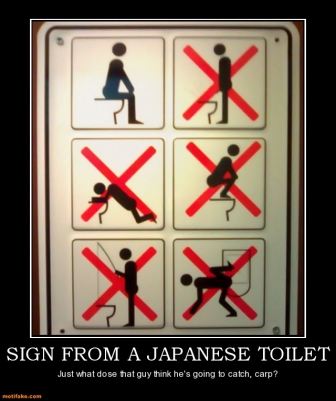 I once believed that all people were essentially good. Actually, I do still believe that the majority are striving toward being good human beings. But since becoming one of the primary keepers of a retail business, I have learned that this is not true of all people. I have discovered what my dad really meant when questioning our choice of business.

“Are you sure you want to go into retail?”

My reply, always something like: “Yes, dad. C and I have both wanted to work for ourselves. It’s true that I’ve been largely a sole proprietor for years, but my skills can only go so far. I want to own a physical, tangible business that sells…something. That is of value …with something of value.”

The product… definitely C’s idea: Beer. I like beer. I could get on board with that. And I did.

In those early days, I never thought of it as “going into retail.” My thoughts of our beer store projected times of light-hearted laughter with my husband, able to spend more time together. A product people like; something to enjoy. Favoring beer as “the” social lubricant. And of beer’s variety: Taking tastebuds to new places. Beer is an adventure for the mouth, and should be shared, with friends.

We wanted to make a place that people wanted to come to. A place kept clean and organized, with a merging of the old and new; a celebration of freedom of choice. A place where people from all kinds of life merged — into a community of beer lovers.

We never thought of it as my dad intended. Instead, our enthusiasm overshadowed what he really meant when saying, are you really sure you want to “go into retail.”

…often get shit on (literally!) when cleaning up after customers. Maybe I should call this, “Gestures toward convenience and kindness can quickly go wrong.” Or, better yet, “The rise and fall of niceties.” In effort to make things nice for customers, we do (and have done) a variety of things. Some things will continue despite what comes, while other things have fallen… and they’ve fallen so hard that it’s easier to hear whining — to catch some grief — than deal with daily abuse.

This is the story of three fallen niceties.

A drink of water

The water cooler: There once was a water cooler available for folks could cleanse their palate between samples, quench their thirst while shopping, quell a cough,… About a year later, we were done. The cost was much higher than we expected. After finishing a meal next door, coming in, grabbing a cup of water, and leaving — not even taking a moment to feign interest in our products. Children pulling all cups and throwing them about, playing in the water taps, streaming water into the drain-cup, filling cups only to dump on the floor. Water thrown into the trash can, leaking onto the floor. Time pulled from other tasks to constantly clean behind people. Not to mention paying for cups and water that was just being thrown away, without use.

Storage for your things

The card index: Punch cards for joining the club could be stored in in-store index boxes. Filing by last name, alphabetical. Scores didn’t understand that filing meant “Placing the card behind the letter of your last name” meant if your last name is Andrews, to store your card behind the “A” tab. Instead, placing them in the Bs, Qs, Zs,… and getting frustrated with us when not finding their card in the As. Thus, every-other week we found ourselves sorting cards, ensuring the last names were filed under the correct letter. We would be snapped at less if we made sure people could find their cards. By mis-filing they did themselves and us a mis-deed. One card dex didn’t take too long, but then there were two…and three. And it began to take hours to sort. Thankfully, many began carrying their cards with them to save the time.

And then one day it happened: The straw that broke the camel’s back. A customer, well-along on his punches, was in a hurry and didn’t want to dig out his card. Shouting something about “too many to look thru” followed by several obscenities and a hefty push of the dex boxes across the counter at our clerk. Though we’d heard many complaints and realized keeping cards was no longer viable, this was the first combination of verbal and physical abuse.

In February 2009, we came to the conclusion: If people want to participate, they’ll need to take responsibility of carrying their card. Immediately we placed notice on the boxes for everyone to remove their cards by 12/31/09. This meant ten more months of obscenities, unhappiness, frustration to be heard! But it would give everyone — even one-time customers — a chance to return and take their cards. What can I say? We try to be fair and just. Throughout the year I posted the notice repeatedly in forms of customer communication: email, chalkboard, facebook, twitter. 1/1/10 was our first day of not keeping cards. We kept the abandoned cards for two months, allowing any stragglers time to get theirs. December 2010 — nearly a year after removing the cards, and nearly two years after posting to take their cards, a couple threatens me at checkout, “We will no longer shop at your business because you threw out our card.” That same day, a suggestion from a customer of, “You should have a card box so people can keep their cards here.”

The bathroom: Started out open to the public, is now converted into a locked storage room.
Why are people no longer allowed in? Feces on the wall and in the trash can. Urine spotting, and pooling, on the seat and floor. Enough said. In fact, too much said.

I’ve seen and cleaned too many things.

It was clear that some messes were left by non-beer-drinkers running in with a belly-full of sushi, no intent to purchase anything. I place a “Restroom for Customers Only” on the door, inside and out. You’d be surprised how many people believe that “being a customer” means they bought something from you once, using “We bought a six-pack last summer.” as a reason you should let them use your restroom. Really? “Really.”

And, still later, we learn that many customers have no shame, continue to leave smears and clumps of feces and urine. My dad is right on this count: I can’t take this part of “going into retail.”

I change the sign to: “Restroom for Employees Only” and people still just enter and use. You can’t tell by looking at folks what their bathroom etiquette. Well-groomed, sloppy — there’s no way to tell if the result would be spotting the room with human waste or leaving it our preference of “clean.” Still, it shocks me that even regulars would leave foulness behind. The final straw: More feces everywhere. Who cleans it? C and I. This is bullshit. I’d rather be cleaning bullshit than human shit. I beg C for a deadbolt, or padlock. The rough exterior display of a padlock would say so much more.

I received one of the best Christmas gifts ever in 2010: A deadbolt. Woot! The room truly transforms into “Employees Only” as we also convert it into storage, stripping the office of bathroom products, cleaning supplies, and back-up light bulbs. No more cleaning human urine and feces! Hurrah! Now my line goes something like this, “Sorry, no public restroom. You’ll need to stop next door at McDonald’s or the sporting warehouse for a public restroom.” And my thoughts go to: “We don’t fill you up, so you need not empty here.”

Some people sigh and give dirty looks; others threaten, “If you don’t let me use your restroom, I will no longer shop here.” All I think, “No amount of purchase makes up for cleaning human feces.” So, dear customer, it’s really nothing personal against you. It’s simply that if I let you in, I must also let in those leaving disgust.

And you wonder what drives me to 99 pours? Pour #2: Niceties gone wrong.