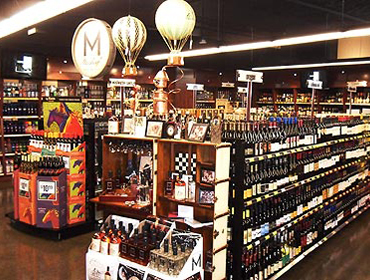 I-1183 kills my nearby liquor selection and its shopping convenience.

I’m not going to get into the debate of whether liquor stores should be state run. The major debate among drinkers as to why they want to vote for I-1183 is “cheaper prices.” I agree with that. We all want lower, more competitive prices on liquor. But most drinkers haven’t considered what I-1183 will immediately do to liquor selection and convenience. 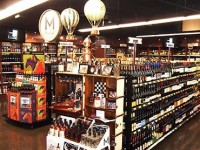 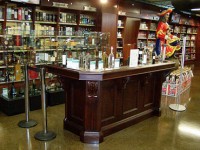 Each of Washington’s Liquor & Wine retail shops stock over 1,000 products. That’s right — more than a thousand. There are big familiar brands of liquor, ones you are familiar with from advertising campaigns, to small unique products including Northwest craft distillery products. They even have a selection of beer and wine, so you can grab a little something for everyone attending your party without making a second stop for alcoholic goods.

And 30 stores in Washington are participating in a program that’ll allow you to taste super premium products. That’s right, you can taste liquor at these small shops.

To top all that off, if you don’t see the product you seek, all you have to do submit a special order. If the liquor or wine is available from a supplier within the United States, the Liquor & Wine shop will order a case for you. Each month they process an average of 1,293 special orders, that’s over 15,000 special orders every year.

Within 12 miles of my house there are eight locations that carry this wide assortment of liquor. Most are shops around 1,500 square feet, considered small business by size, which allow me to park directly in front and quickly run in for a bottle. It’s a quick in-and-out.

If I-1183 is approved, stores carrying liquor most be 10,000 square feet or larger. That’s over 75% larger than current liquor shops! This means there will be absolutely no boutique liquor shops, something I’d prefer. It also clearly indicates that we will be relying nearly entirely on corporate chains to sell us liquor. With I-1183, we simply trade the state monopoly for corporate monopoly. There is no room for entrepreneurial small business growth, no room to closely support our community.

Keep the convenience. Support local small business growth. Vote No on I-1183.

I-1183 is written to benefit corporations. Sure, you may get a handful of brands at Costco at cheaper prices. You may be able to grab a bottle of Bacardi at Safeway. Don’t kill our selection and convenience. Give us the opportunity to buy liquor at neighborhood boutique shops. A vote for I-1183 puts a nail in the coffin, and I don’t want to be giving a eulogy for my liquor. Vote No on I-1183.

We want laws that benefit the people, not just big business. Vote No on I-1183.