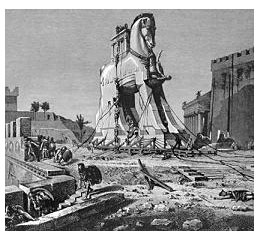 On November 8, 2011, voters repealed the three-tier system as it applies to wine sales in the State of Washington. This leads me to ask, “Can a system sheltered by the Twenty-first Amendment be repealed by corporate-funded initiative?”

It is likely we will now see this heading to the courts. In Granholm v. Heald, the Supreme Court reaffirmed the constitutionality of the three-tier system, explaining —

In upholding the three-tier system, the Supreme Court acted intentionally to limit the application of the nondiscrimination principle enunciated in Granholm to products and producers, as opposed to wholesalers and retailers.

Costco has been attempting to eliminate parts of the three tier system, if not entirely, for years now. If this is the first you’ve heard of this, let’s look back at some of the news of that time—

How quickly we forget these details. With multiple attempts to remove the three-tier system as it applies to wine and beer sales, it causes wonder.

I-1183 was a a beautifully constructed Trojan Horse.

Standing tall and masquerading under a shell of “liquor privatization” to draw in support from voters, while inside, patiently waiting for acceptance, Costco’s desire to remove of the three-tier system sat (I-1183, page 40).

Why does the three-tier system exist?

The 21st Amendment ended Prohibition and returned to the states all power over the sale and distribution of beer, wine and spirits. Its passage allowed federal as well as state authorities to tax wine, spirits and beer, which generate billions of tax dollars annually for local, state and federal authorities. In another of its most important consequences, its passage prompted U.S. federal authorities to issue regulations outlawing the pre-1919 phenomenon of the tied-house, a regime under which a brewer, vintner or distiller typically owned one or more retail establishments, excluding in the process, all other competition. Enshrined in the Federal Alcohol Act passed in 1933, these so-called “tied-house,” anti-competitive arrangements are explicitly forbidden within the nation’s three-tier distribution system.

So, the system was established when the Twenty-First Amendment was enacted to end prohibition and created a constitutional power for the states to regulate alcoholic beverages entering their borders.

Originally, the three-tier system was designed to protect the small, local retailers from the size and clout of the large breweries and distilleries. In today’s evolving marketplace, the three-tier system facilitates the protection of wineries from the size and clout of the largest retailers. This protection is afforded by the requirement that retailers negotiate and purchase wine on a state-by-state basis, effectively reducing the market power derived from their national scale.”

Where does I-1183’s elimination of the three tier system put us? Will the state abandon wine regulation out of fear of litigation? In the most recent court battle, despite winning on seven of nine parts, Washington State had to pay over $1.5 Million to Costco. (Your tax dollars at work?!)

Should we cave into big corporations on alcohol control, simply because they want bigger profits?

Or, should we back our state’s ability to protect its constitutional-enabled systems, with federal legislation, such as The CARE Act?

Because of these unsettled and unfair alcohol litigation concerns, 40 state attorneys general wrote to Congress to thank them for a recent hearing on state alcohol regulation and to express their concern about this:

“We applaud you for calling a Congressional Hearing on this matter and hope that you will strongly support legislation that will bring a stop to the erosion of state alcohol laws by re-enforcing the state’s ability to regulate alcohol as it sees fit.”

So who would oppose the call of the attorneys general for action and who would oppose this legislation? Those who seek to deregulate the industry and are suing or planning to sue to invalidate state alcohol laws. This includes big wineries, big box retailers, and multinational, global brewers.

(From an OpEd on The Need for Congress to Support State Alcohol Regulation with H.R. 5034.)