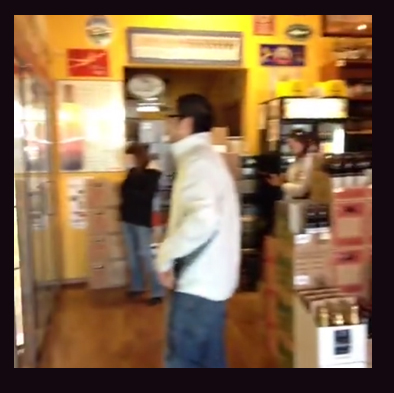 Yesterday a fellow came into my beer store not to buy beer, but to ask me to assist him in opening his own bottle shop. I asked if his shop would be in Washington State. “Yes, but we won’t be competition for you,” he responded. I attempted to courteously explain that I couldn’t help him; we all compete for the same product. As more stores enter our market, the (already limited) beer supply is shifted around to meet the needs of more businesses — and this means less for my customers. And less specialty beer means fewer customers. It’s simple math, simple economics. Despite this, he still expected me to help him, which would, in turn, hurt my customers, hurt my business. 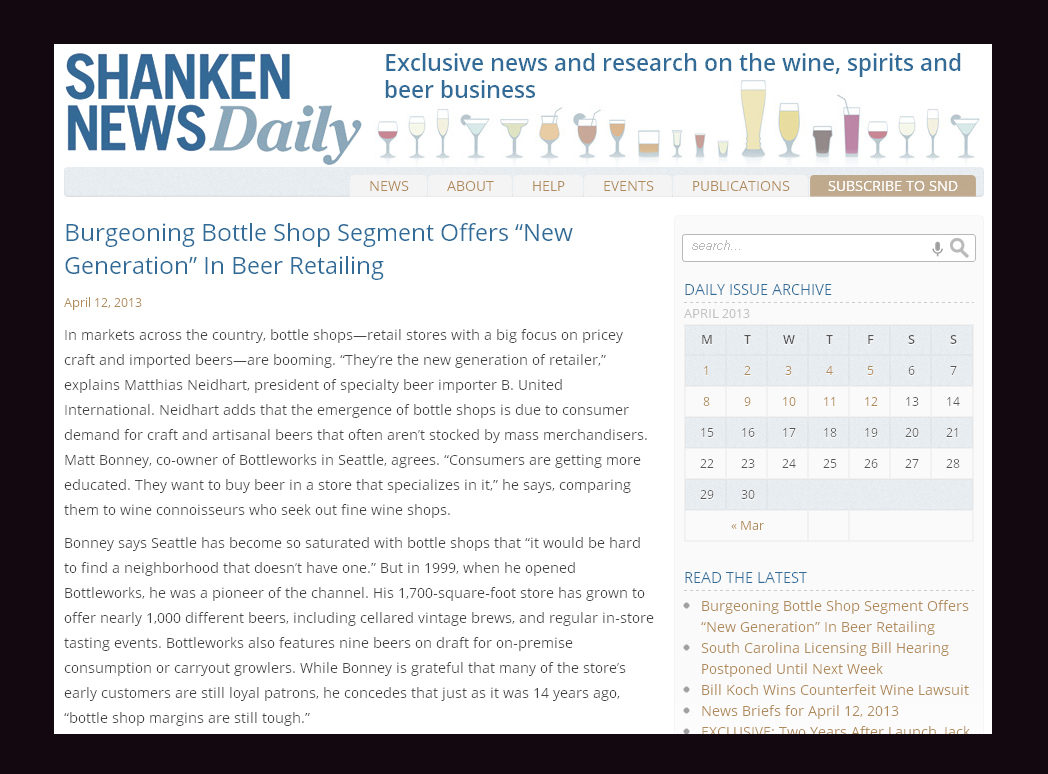 Today as I scanned my email messages a subject line caught my interest, it read: “Burgeoning Bottle Shop Segment Offers “New Generation” In Beer Retailing.” It came from Shanken Daily News, the well-respected provider of exclusive news & research on the wine spirits and beer business, a publication that I regularly read. In the article, they interviewed bottle shop owners who I highly respect: Matt Bonney of Bottleworks (the “granddaddy of Washington beer stores”) and Julie Atallah of Bruisin’ Ales (one of the most respected bottle shops in the Nation).

It is true there is a new generation of beer retailers. It is true that Washington’s bottle shop segment is burgeoning.

But I feel driven to respond…

In response to today’s article, “Burgeoning Bottle Shop Segment Offers ‘New Generation’ In Beer Retailing” it is true that Seattle has become so saturated with bottle shops that “it would be hard to find a neighborhood that doesn’t have one.”

However, something that is entirely overlooked in the article is that many Seattle-area Bottle Shops have been struggling in today’s economy. This is due to increased competition + customers with less money for “luxury items.” Everywhere you look there are businesses branching into craft beer: Grocery, Independent Liquor Stores, and Wine Shops. On top of that, since the privatization of liquor, small-business Specialty Bottle Shops must now compete with deep-pocketed national liquor chains such as BevMo and Total Wine & More.

This ripple-thru effect has led many “Specialty Beer Stores” to completely change model into “Tavern, with off-premise endorsement” — much like Bottleworks who sells “draft for on-premise consumption” as mentioned in the article.

Those Washington Specialty Beer retailers who opened with dreams of simply running a “retail bottle shop” are now left scratching their heads, wondering how to regain market and continue to maintain & improve customer loyalty.

(Sure, there’s the option of changing business model from “specialty store” to “tavern with off-premise,” but not all of us want to play bartender, nor take on the additional liability burden of serving the intoxicated.)

A friend who owns a Specialty Wine/Beer Store relayed to me a story. Many “regulars” hadn’t been in her shop for several weeks. When one came in they told her they’d been shopping at the new big-box chain, saying “it was like a (small bottle shop) reunion in the aisles of the new Total Wine & More.” Yes, many of our customers who’ve been loyal for years are now visiting big chains for everyday items and bottle shops like ours just for “special items.” And you and I both know that a few “specialty purchases” now and then won’t keep a business afloat. Small businesses rely on regular customers.

The Washington State Liquor Board has diminished the value of the “Specialty Beer/Wine Store” license over and over throughout the years. Now our competition includes—

On top of that, our state is losing “specialty” beers…

New-to-our state big-box corporate liquor chains have been putting pressure on distributors to provide them with rare/limited beers that are vital to Bottle Shops — this pressure contributes to the demise of some sought-after limited beers making the decision to entirely remove distribution from Washington State (e.g., Russian River vaguely referenced this in their pull-out letter).

Now Governor Inslee and many of his supporters are seeking 425% tax increase on beer, which would severely test the ability of Washington’s roughly 200 small breweries to remain open and viable…as well as the specialty Bottle Shops who rely on small-batch specialty beers.

While the bottle shop segment is experiencing “burgeoining” as more shops appear, it is in fact, undergoing a transition. In effort to remain viable, nearly a dozen “shops” in Washington State are no longer “Beer Stores” but are actually “Taverns.”

(In Washington State, there are two types of “Bottle Shops” — taverns who serve, and retail stores who can offer limited samples.) 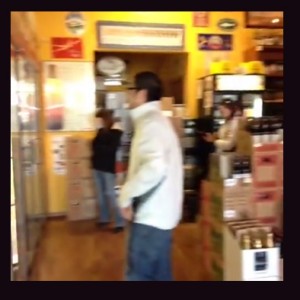 Time will tell how it all plays out. But for now, I, as a co-owner and shopkeeper of a retail beer store, am cautious with reason for concern.

The share of both customers and specialty beers is sagging for Bottle Shops, and corporate chains can be difficult to compete with — especially when they open just down the street. With the “burgeoning of bottle shops” specialty beers that are seasonal, rotating, and limited in production must be spread thinner and thinner and thinner across more accounts, which leaves retailers like me shorted… and wondering: “As they cut my allocations, I now must turn customers away. How can I remain competitive? How can my business remain viable as the ‘specialty’ aspect of my shop is no longer special due to the dilution of the specialty license?”