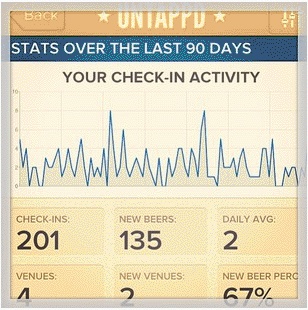 The Sessions happens every first Friday. It’s when beer bloggers and share their thoughts on the same topic. April 2013: Finding Beer Balance, chosen by This is Why I’m Drunk. 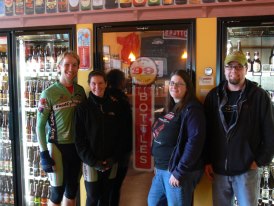 The figure of a British Pepper Pot, belly as far out as the boobs. Second chin of fat. Friday afternoon I’m red-faced from moving all those beer cases because that’s nearly the only physical activity this body gets.

But this “beer belly” isn’t just from the beer.

This “beer belly” is mostly to lack of activity.

I’ve thought about getting more active.

In December a childhood friend who’s transformed from pudgy like me (um, who am I kidding? I’m fatter than she was…) into a kick-ass confident (she’s always had those traits) hot chick recommended Jillian Michaels’ 30 Day Shred. Her testimony makes me a believer. I think, “30 days? I should be able to do that.” Realistically, I know this will also mean missing a workout day here and there. 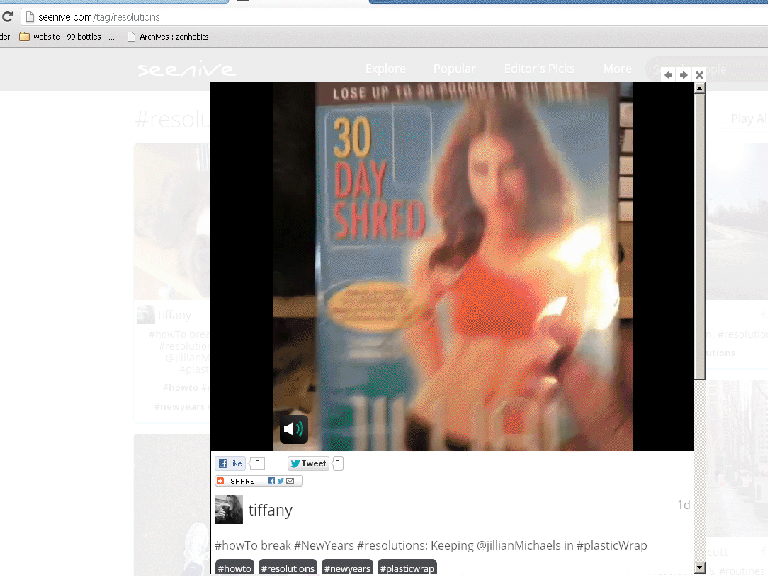 95 days into 2013 and Jillian Michaels is still in plastic wrap.

And my beer-drinking habits?

My Beer Drinking Statistics on untappd tell me I consume an average of 2 beers daily.

Two beers a day? Well, not entirely true. Five days those two beers are shared; thus, it may be under a beer — in the logic of a 12-ounce bottle serving.

Untappd also tells me 67% of the beers I drink are new.

If you’re a pimp in a beer store you’ve got to know your product. There are folks who come to your specialty beer shop because you know your product and they know you’ll give them an honest opinion. That’s a blessing of being independent, free from any corporate chains: You get to share your honest opinion. There are no sales quotas. There’s no “corporate” telling you what beer brands you’ve got to move. As a small business, your only quota is to sell enough to make a living. To represent your product well. To keep an orderly, well-maintained shop that’s pleasant to visit.

This is all sounds easier than it is.

My lifestyle used to be even more sedentary and solo. As a technical writer, there’s some collaboration. Meeting with engineers and project stakeholders, observing product use, that kind of thing. But most the time I was alone in my office, writing about a product or a business. I worked alone a lot. It was a job well-suited my introvert-obsessive nature.

Now, for the past six years, I have been working retail.

Working retail does a number on the delicate psyche.

Working with the public is not what I had expected it to be. There are more rude people in the world than I ever dreamt. Sometimes this behavior gets to me. I don’t always know how to deal with it. Friends tell me to let it run off me like water runs over and off the back of a duck. I find it difficult to remain unaffected. Running this beer store is my livelihood. Without the income it brings, we and our staff wouldn’t have money for rents, mortgages, food,… So, yes, I do take things a bit personally. I take it personally when a customer tells me they won’t shop at my store anymore. I take it personally when they feel they were wronged to such a degree that they need to badmouth me, my staff, my business practices, my store. I do take it personally. I need to stop doing this. Especially when I am already doing my best to run a fair business, a nice place.

Three times in one week (just last week) customers said, “I’m not going to shop here anymore.” The first, a customer who arrived for growler fills after the station was closed for nightly cleaning. The second, a few days later, and another customer who wanted to order a fill after the station had closed. Both were regulars, so I’d expect them to have an idea of our hours. The third, because I’d sold out of a beer he was after… and no, he didn’t call ahead for inventory check. I didn’t recognize him.

To better accommodate the two seeking growler fills, you may ask, “Why don’t you change your fill hours?” These two fellas both felt we needed to adjust our schedule to meet their needs, so why shouldn’t that business “bend the rules for them.” We’ve already there for a ten-hour public-facing on-my-feet-all-day workshift. That the growler station takes time to clean so we can make sure they’re getting the most delicious craft beer possible. They want us to work into overtime because they don’t care about the “set hours.” I stand here, feeling like I’ve let them down in educating about our hours. I have posted the fill hours posted on the website in two places, on the facebook page, on the front door of the shop, on the blackboard where the fill selections are listed, and on brochures that folks can take home.

Because I treat them like everyone else, they tell me “I’m not going to shop here anymore.”

I’m already feeling anxious because we’re in the “traditionally slow beer sales months,” but these customer threats and bad reviews only add to my inherent thoughts of, “Man, I need a therapist.” So, in addition to not exercising (yet!), I also got a free subscription to the ZenHabits email newsletter. I think I’ve read four or five of them.