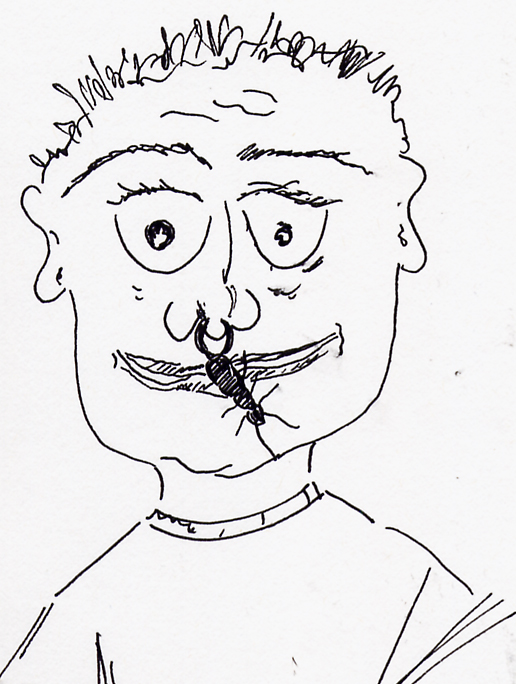 It’s weird how the aromatics of a beer can transport you back in time, to an earlier day in the recess of your mind. Or evoke thoughts of other foods. Or non-foods.

Last night I was sampling new beer with staff. This is always fun — especially on Friday nights as that’s when there’s a bunch of us there. Sometimes the more people, the stranger the memories. We talk about the flavors, aromas, and how to share our thoughts about these beers with our customers when they ask us about them. Our goal when sharing with customers is to be honest, while being respectful of the beer, the style, the brewer and brewery. But during these private sessions, we kinda let it all hang out… uncensored, yet forgiving. 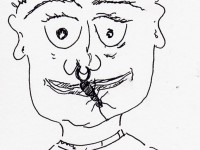 I could’ve sworn that D said, “Smells like earwigs.” I picture him, standing there with an earwig clipped to his septal, earwig swinging like a hoop earring. I can’t help but laugh. Who in the world would put their nose close enough to an earwig to take a whiff?! The whole thought just makes me laugh. I found myself laughing about it three hours later. D corrects me, “What I said was, it tastes like an earwig smells. You smell a lot of weird things when you’re a boy.”

What I got from the same beer:
Smells like Palmer’s chocolates, with flavors of cinnamon and raw chestnuts.
…maybe earwigs don’t smell so bad?

D clarifies, “Or, tastes like burning.” Meaning that the beer’s aroma had a burning sensation on his palate, which reminded him of smelling earwigs as a child. I still wonder about this whole earwig episode and laugh. I smashed a lot of earwigs as a child, but I don’t ever recall smelling one.

I love sharing these little tidbits on my personal facebook page. Fellow beer drinkers from around the country (and sometimes other countries) chime in. This time, the best was from Julie of Bruisin’ Ales, a beer store in North Carolina. She said, “Funny! Beer notes are awesome. I woke up one day post-beer-party to find scribbles that said ‘smells like combo of banana Runts + McDonald’s cheeseburger.’ To this day, have no idea what beer.”

Years ago I attended a tasting where there were several India Pale Ales in the line-up. Hops can have some strong aromatics. A fella at the tasting reminisced as he sniffed, “It’s like when I was a kid and the bug-spray trucks would come through the neighborhood… We used to chase them… Even though bug spray wasn’t good for us.” The the mental image of a young boy running behind a big truck, inhaling the pillowy insecticide-filled air, now hangs in my mind when I look at this particular beer.

And to think that same IPA, to me, smells like Gummi bears! And I’m talking premium gummis — the good kind, imported from Germany. The kind my High School German teacher used to tell us, “would cure Senioritis.”

Curious about smell and memory? Read “How Smell Works” on HowStuffWorks.

A most favorite beloved memory comes to the fore when sniffing a delicious coffee beer, Hitachino Nest Espresso Stout from Kuichi Brewing of Japan—

I am transported back in time to my grandmother’s kitchen. The coffee percolator is bubbling away. The noise and aromas are comforting. I am sitting at the kitchen table. Before me are a fancy mini coffee cup on its saucer, piece of buttered and cinnamon-sprinkled Melba toast, small pitcher of cream, and a bowl full of C&H sugar squares. Grandma and I are visiting. I’m dipping my sugar cubes into my coffee. The air smells of coffee.

…a smiles comes across my face.
All is good in the world.